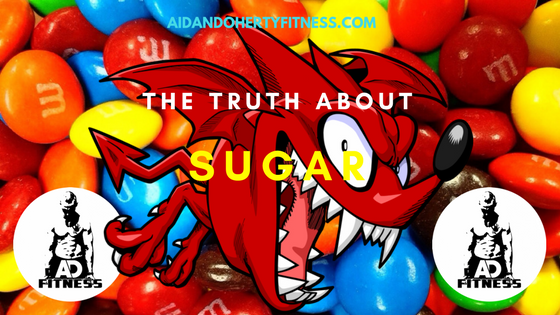 The fitness industry, like any other, spits out trends at a phenomenal rate. Food Gurus, paradoxically, seem to find the ultimate diet to trump all others every few years. They make outlandish claims about what’s currently trending, nutritionally speaking, and when counter evidence is presented to them they seem completely resilient to the opprobrium. They move on, plant a flag somewhere else and, without compunction, make some more money spinning the same story. So then the question becomes; where do we get our information from? How can we tell the difference between a credible source and perfidious charlatan? The answer, unfortunately, is that the onus lies with you. Like it or not you are now part of an information age unlike any before it. The information bubble has popped and we are adrift in its entrails. As we float in this sea of information, we can use many devices to extract what we want yet the methods of filtering we normally use seem to be redundant. There are, however, methods out there which are both readily accessible and consistently reliable (tautology, so what?!). You now have a responsibility to implement these before promulgating information.

I have decided then to turn my, unforgiving, eye towards the current demonization of sugar. It’s important to note that demonization is often justified so it pays to look into these things — an informed decision is rarely regretted so, let’s get informed! 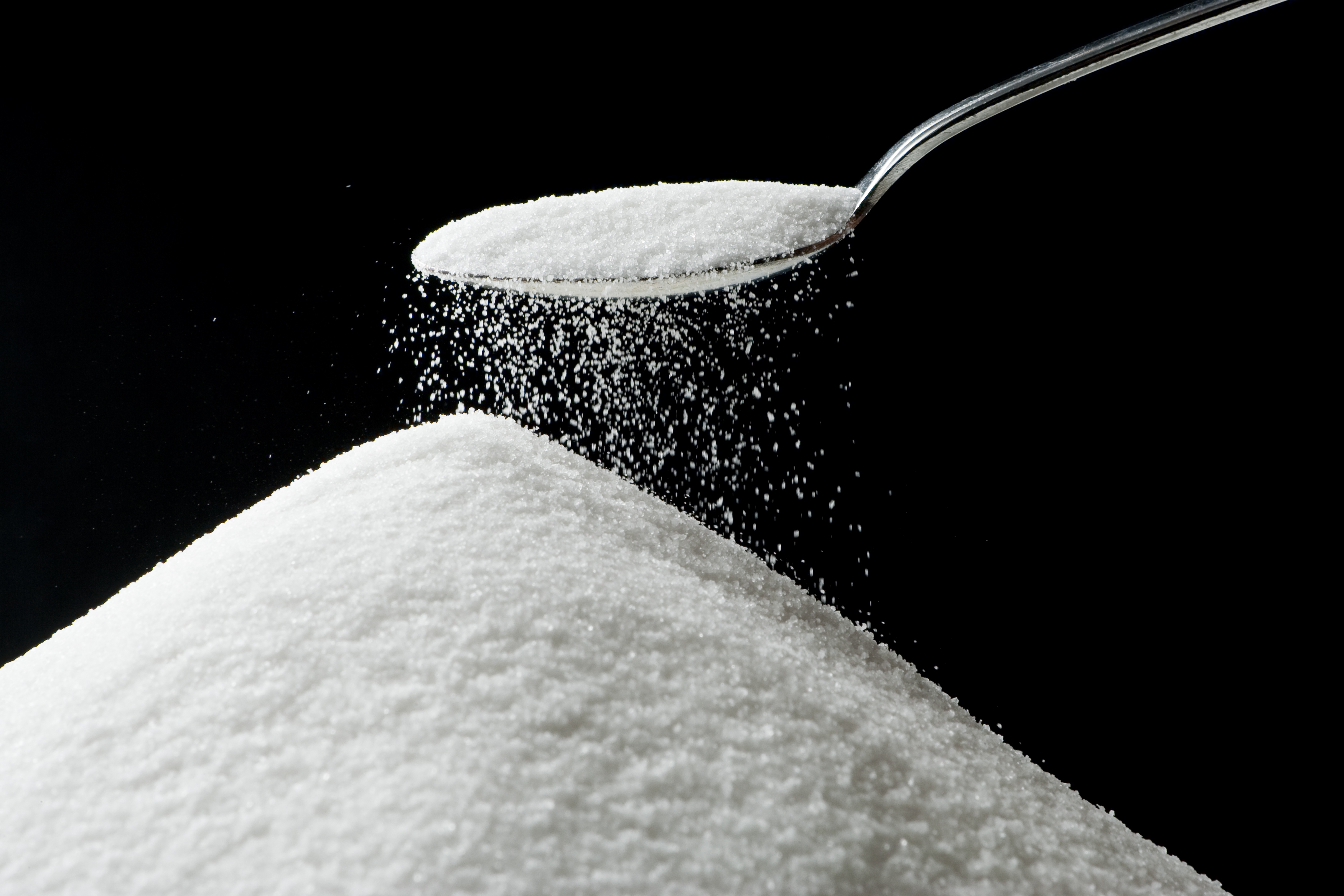 So firstly, what is sugar? Sugar is a form of carbohydrate which is broken down very quickly by the body. Sugar takes many forms however the ones we are most familiar with are sucrose (table sugar), fructose (sugar in fruit), lactose (sugar in milk), and glucose (what carbohydrates are broken down into). Glucose is the only fuel source which brain cells can use — so the notion that we don’t need carbohydrates can be dispelled immediately. Sugar is now facing the obloquy and it has become quite fashionable to finger it for the current obesity crisis facing the western world.

So let’s do away with some popular misapprehensions surrounding sugar and see if we can’t get our heads above water with what is true and what isn’t.

We have all been there with our kids, they’ve returned home from a party jacked up on cake, chocolate, and aptly prepared to give you a mental breakdown! “Too much damn sugar at that party!” Tends to be our complaint! Unfortunately, as great as it would be to have an out like this, science has shown time and time again that the link between sugar and our kid’s hyper-activity simply does not exist. The brain uses glucose as an energy source and thus it seemed logical to link sugar intake with increased cognitive activity; there have been some studies which show that cognitive ability may be increased by consuming sugar however even these findings have not been demonstrated effectively. Take this quote from a review which looked at the literature regarding the link between sugar and children’s behaviour and cognitive abilities…

“The meta-analytic synthesis of the studies to date found that sugar does not affect the behavior or cognitive performance of children. The strong belief of parents may be due to expectancy and common association.” 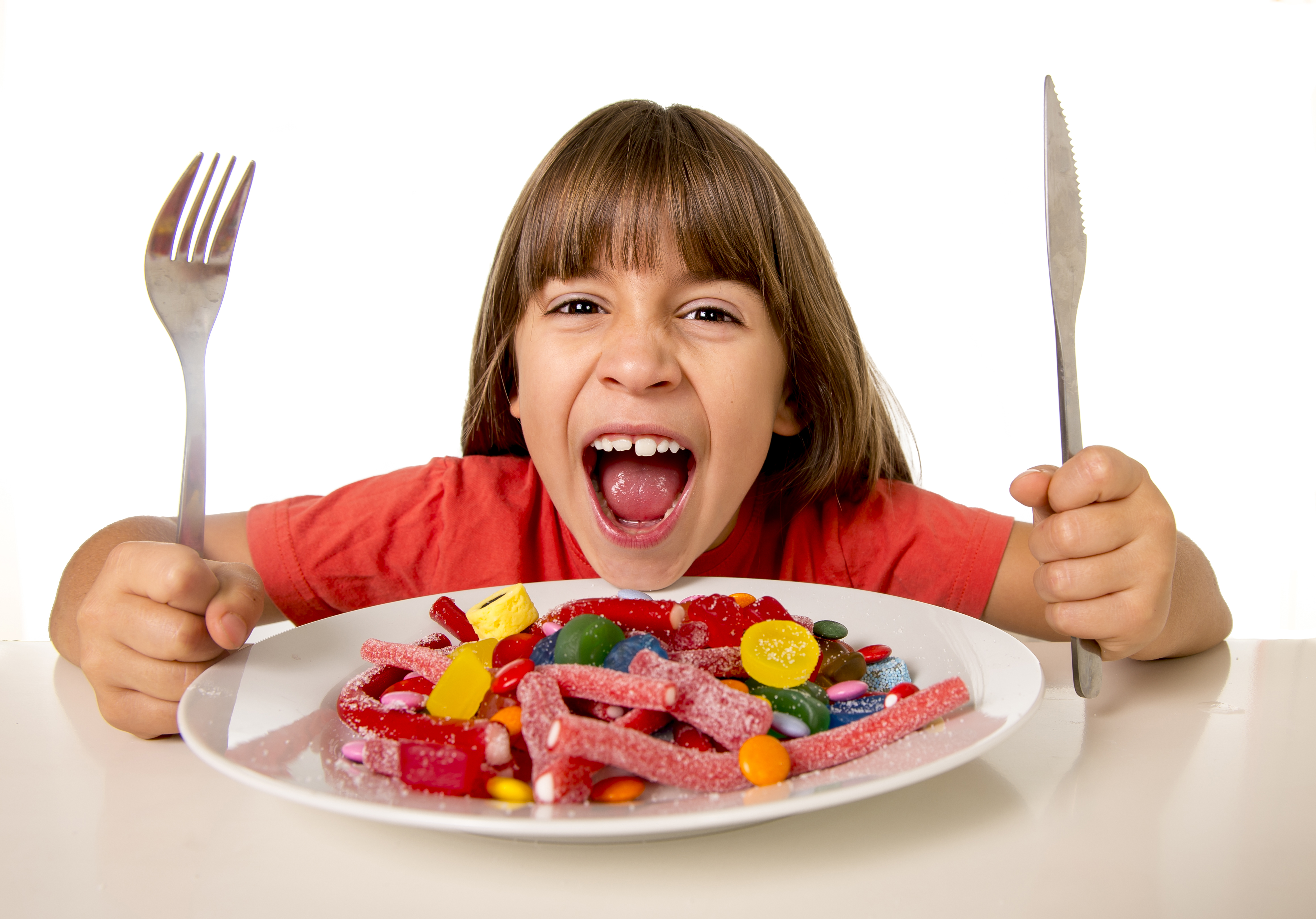 Claim – Sugar is toxic and addictive!

Facebook is notoriously good at proliferating absurdities and it — again — has a part to play in the propagation of the notion that sugar has addictive properties. Social media’s role in the alarmism that surrounds many of the topics today cannot be overstated. Articles which allude to sugar being addictive are everywhere these days and, to this end, it’s important for me to firstly make some distinctions. There is a spectrum here which, at one end, people use hyperbolic titles to get clicks and, at the other, flat out asserts that sugar is as addictive as cocaine. I am addressing the harmful end of this spectrum. This all comes from a study on lab rats which demonstrated sugar had addictive properties BUT this cannot be extrapolated to humans. There is a large body of evidence contravening this claim which has shown that — in humans — sugar is NOT addictive. The review concluded…

“To conclude, the society as a whole should be aware of the differences between addiction in the context of substance use versus an addictive behavior. As we pointed out in this review, there is very little evidence to indicate that humans can develop a “Glucose/Sucrose/Fructose Use Disorder.”

Humans do however develop eating disorders and these people typically tend to have unhealthy relationships with high calorie, low nutrient foods. As for toxicity, anything can be toxic given that we consume enough of it and sugar is no different — studies have shown this again and again. Obscurantism like this can be extremely misleading to the general public. Take this quote from a study reviewing the literature…

“There is no evidence, however, that fructose is the sole, or even the main factor in the development of these diseases, nor that it is deleterious to everybody, and public health initiatives should therefore broadly focus on the promotion of healthy lifestyles generally. “ 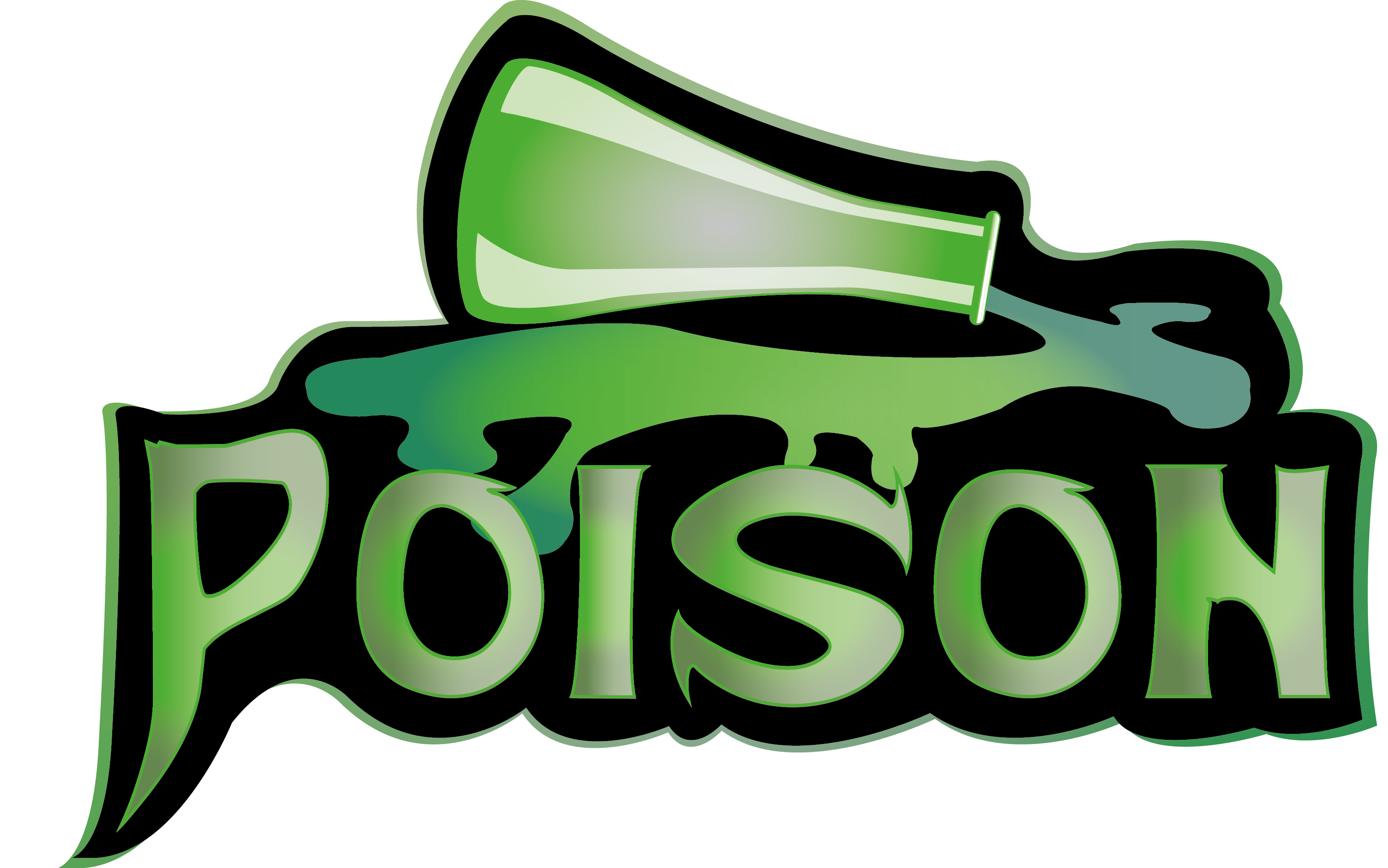 There is, indeed, the notion that there is one diet which surpasses all others! One which its proponents claim is how humans were meant to eat. There tends to be a lot of zealotry with in the low carb community and you will regularly here utterances such as “the ultimate diet” espoused by proponents of ketogenic and low carb diets, in fact, the topic has been the source of many of my posts. There is quite a bit of literature to support this claim too and that, I think, is one of the reasons this trend has taken off. The problem is that with literature we need to learn, not just to look at conclusions drawn, but also at the limitations with the research, and what you will find is that most of the literature which supports low carb diets don’t control for some very fundamental variants… calories and protein. You see, what we find when we compare diets in which calories and protein are equated is that there is no difference! Here a very recent review of the literature concludes…

“A wide range of dietary approaches (low-fat to low-carbohydrate/ketogenic, and all points between) can be similarly effective for improving body composition, and this allows flexibility with program design. To date, no controlled, inpatient isocaloric diet comparison where protein is matched between groups has reported a clinically meaningful fat loss or thermic advantage to the lower-carbohydrate or ketogenic diet. “

Thus we know that —fundamentally — our calorie and protein intake are of the utmost importance. Excess calories, be it from sugar or fat, will lead to obesity. 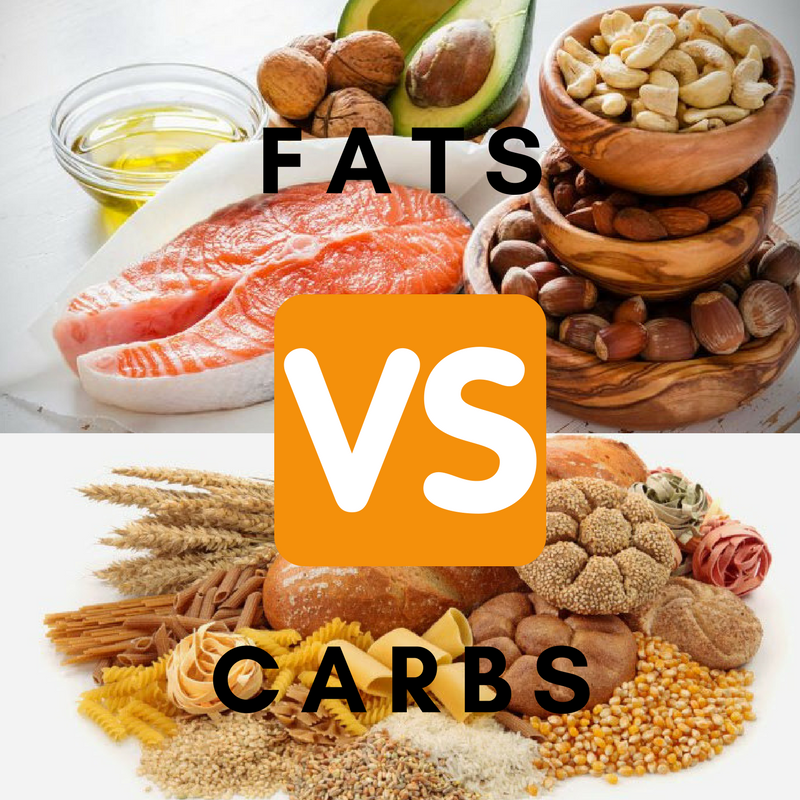 Diabetes is a condition which causes a persons blood sugar to become too high. There are two kinds of diabetes, type 1 and type 2. Type 1 is an autoimmune disease in which the immune system attacks the cells which produce insulin. Type two diabetes develops when the body becomes resistant to insulin or when the pancreas stops producing insulin. The root cause of type 2 diabetes is generally unknown however what we do know is that there are some major contributing factors, most notable is weight gain! This 2018 overview lists the risk factors as follows…

What is the common denominator when looking at these lifestyle factors? Overweight, Little exercise, low fibre, high fat, sugary foods. All these things lead to a negative energy balance i.e. you’re taking in more calories than you need! That said there are a number of factors which need to be addressed as stated in this consensus statement. It does however go on to say…

“Most patients with type 2 diabetes are obese, and the global epidemic of obesity largely explains the dramatic increase in the incidence and prevalence of type 2 diabetes over the past 20 years.”

And then follows with…

“However, the precise mechanisms linking the two conditions remain unclear, as does our understanding of interindividual differences. Improved understanding will help advance identification and development of effective treatment options.”

This shows that whilst there is a prevalent link between lifestyle and type two diabetes we simply do not know the specifics of that link as of yet and to attribute it to sugar would be specious. The best advise to give someone is to get their weight under control and exercise as often as possible. 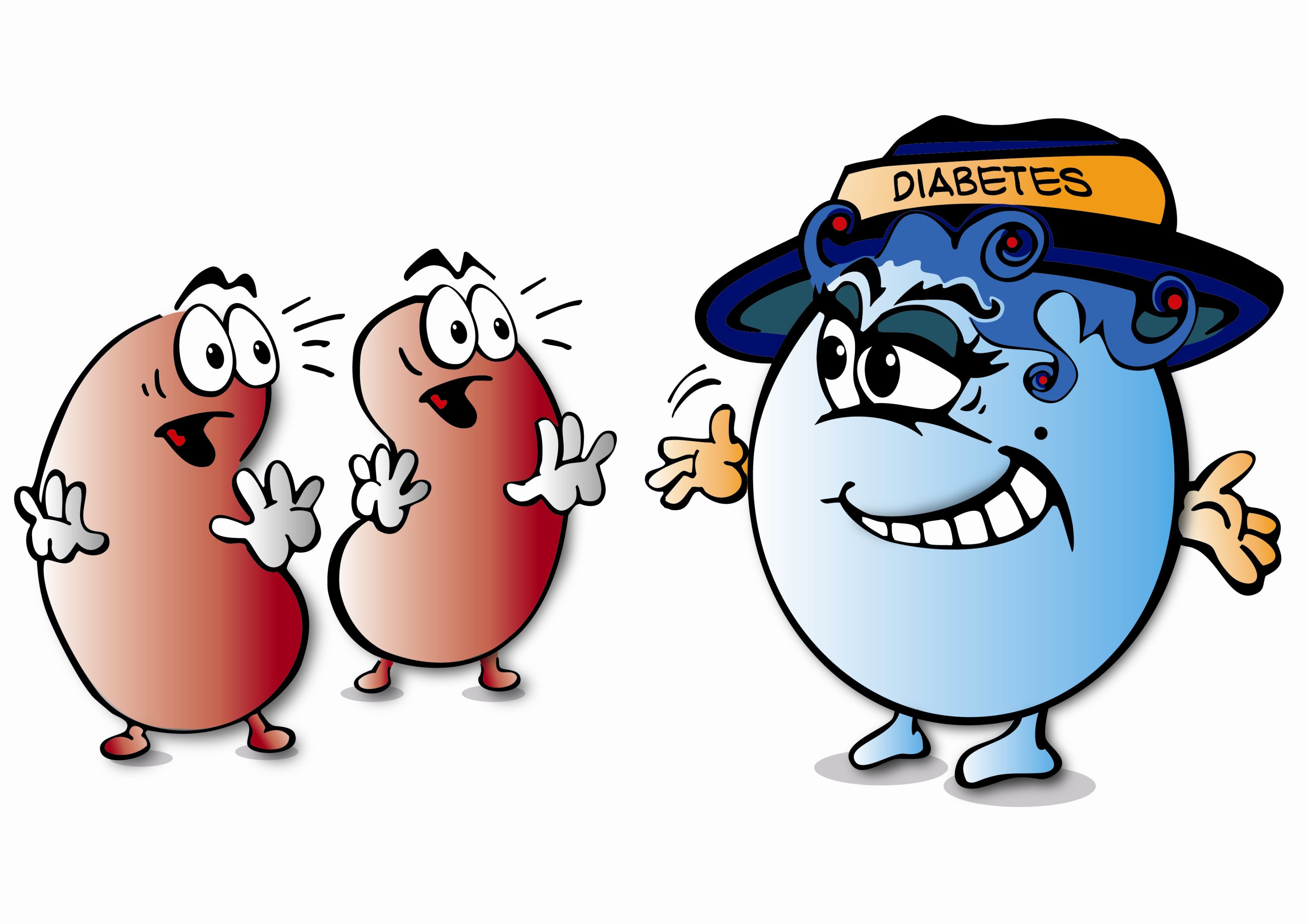 So in conclusion. There is nothing inherently bad with sugar, problems arise when we eat beyond what we need — when we are in a surplus of calories. There is a hierarchy of importance which we should appeal to when addressing these things and at the top of this hierarchy is total number of macronutrients by the end of the day. Fundamentally, if we manage our calories correctly, eat enough protein and plenty of fibre, most of the hard work is done. Sugars only really become a concern when we go into a surplus of calories. Peace!